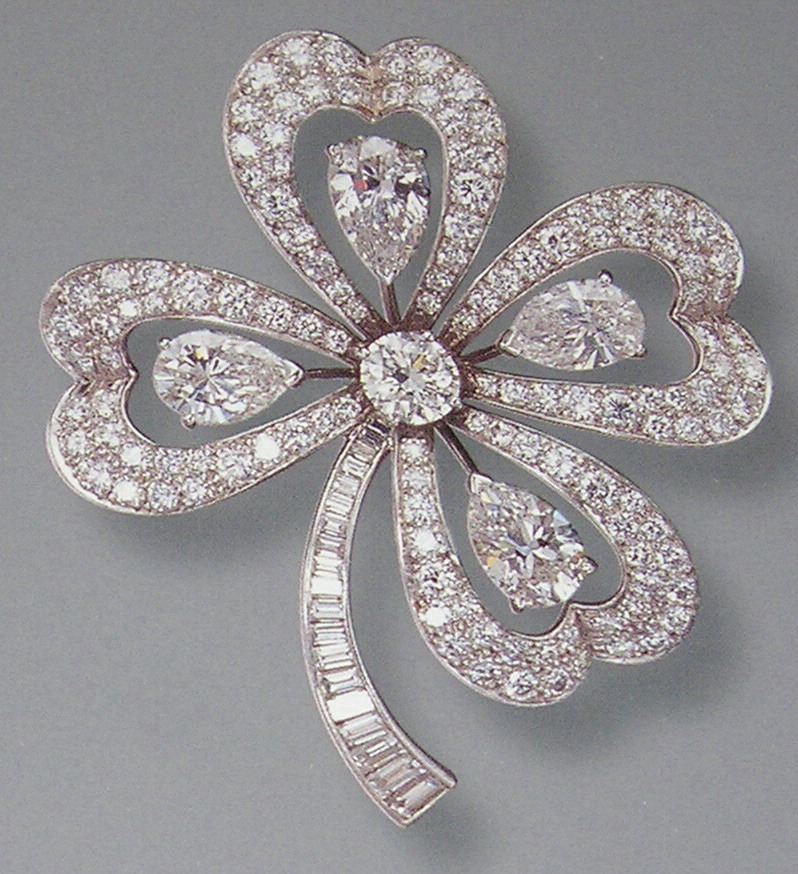 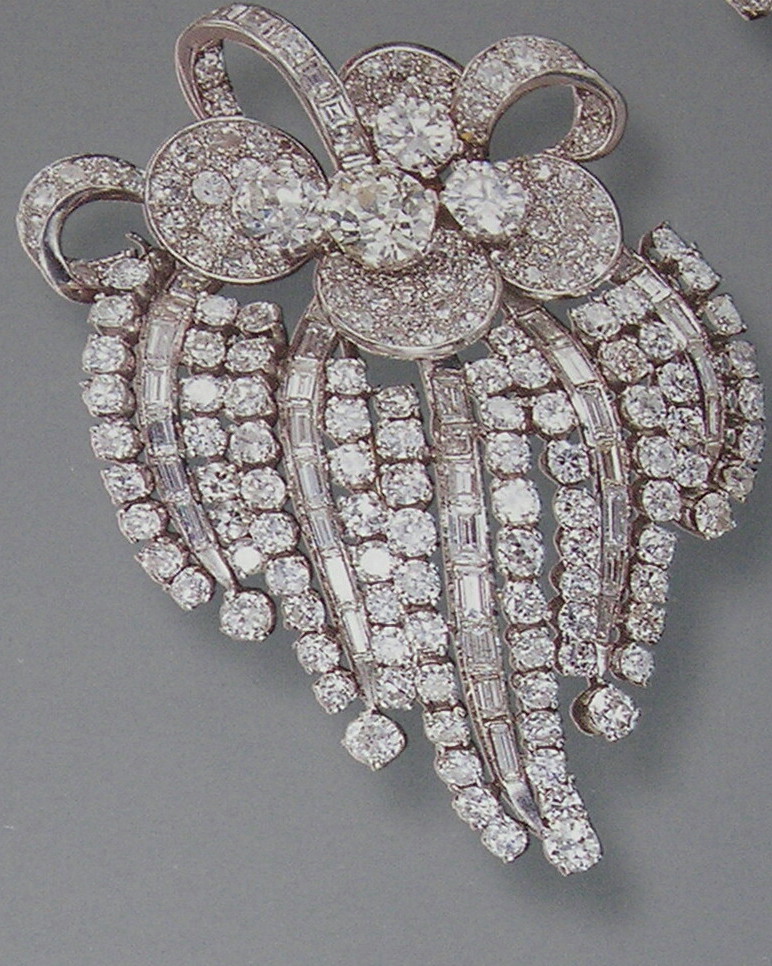 Jewelry took on an American look, incorporating the flowers, bows, and sunburst designs of previous periods, but with Hollywood flair. Hollywood stars became the trendsetters as royalty had previously. Jewelry form the middle 1930’s until the late 1940’s became bigger and bolder. Large gemstones, many well over 100 carats, were often used. Aquamarine, citrine, topaz and synthetics became ever more popular. Rose gold replaced the platinum used during the Deco period, since much of it was needed to fund the war.

Following World War 11, the jewelry designers became more traditional and understated. Platinum came back into use and rose gold diminished. The big, bold styles of the Retro period went out of style and were replaced by the more tailored styles of the 1950’s and 60’s.